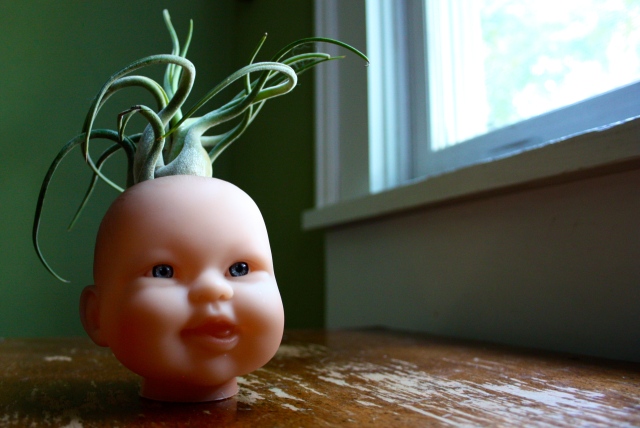 An algorithmic walk (and respite from I75 traffic) leads to a man in a tie-dyed shirt selling air plants alongside a young bearded glassblower at the Chattanooga River Market. It’s curious how much the misplaced tropical plants above resemble the tendrils of captive animals living a few hundred yards away inside Tennessee Aquarium tanks. 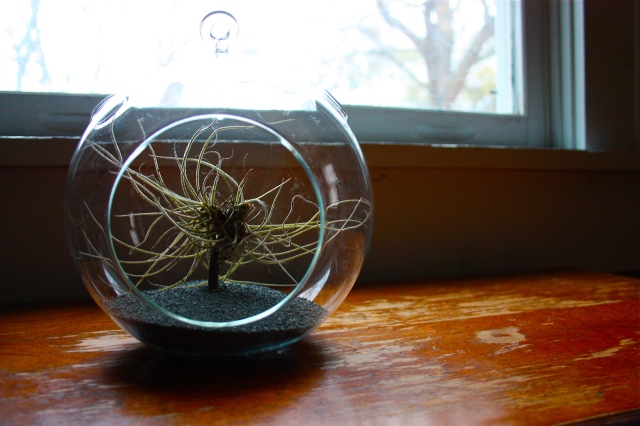 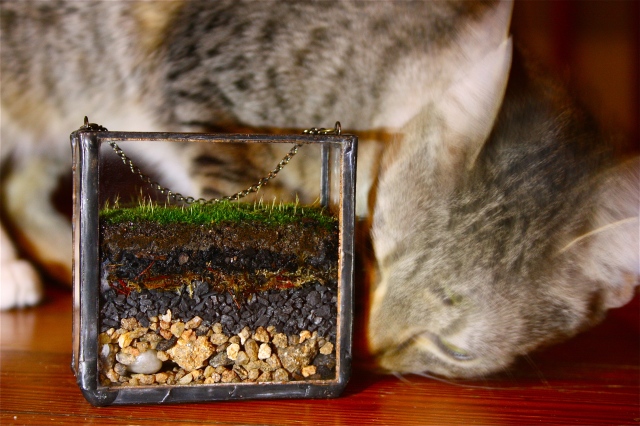 The South Fork Broad River raged after Friday’s deluge. At dusk, a thick fog settled on the water and submerged rock outcrops (usually dotted with families and hikers) below Watson Mill’s covered bridge. The moss above grew on a slick granite slab along the bank. Click here for more from the historic area.

The glass container was a gift from a student, so the first terrarium of 2014 (inspected by Mogwai) will enjoy a spot in the window of our classroom. More moss terrariums are here. 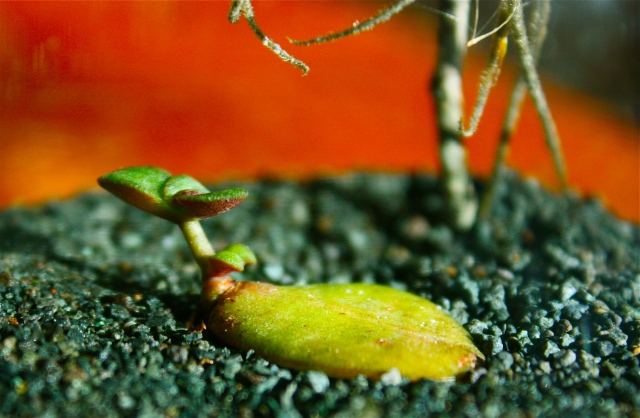 In our classroom, kids can’t resist the urge to touch and squeeze succulent leaves.  Now and then I’ll get a worried glance from a curious student who accidentally bumped leaf from stem, but the experience becomes favorably memorable when they discover a displaced life slowly taking root from a harmless accident. 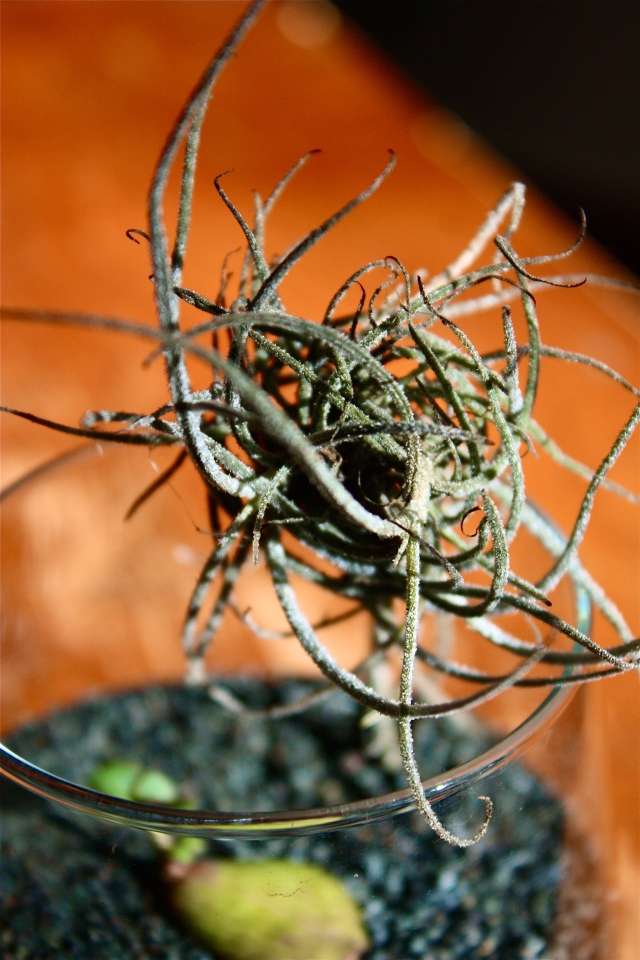 “Monoliths are fictional advanced machines built by an unseen extraterrestrial species that appear in Arthur C. Clarke’s Space Odyssey series of novels and films. During the series, three monoliths are discovered in the solar system by humans and it is revealed that thousands if not more were created throughout the solar system, although none are seen. The subsequent response of the characters to their discovery drives the plot of the series. It also influences the fictional history of the series, particularly by encouraging humankind to progress with technological development and space travel.

The first monolith appears in the beginning of the story, set in prehistoric times. It is discovered by a group of hominids, and somehow triggers a considerable shift in evolution, starting with the ability to use tools.” (read more on Wikipedia)