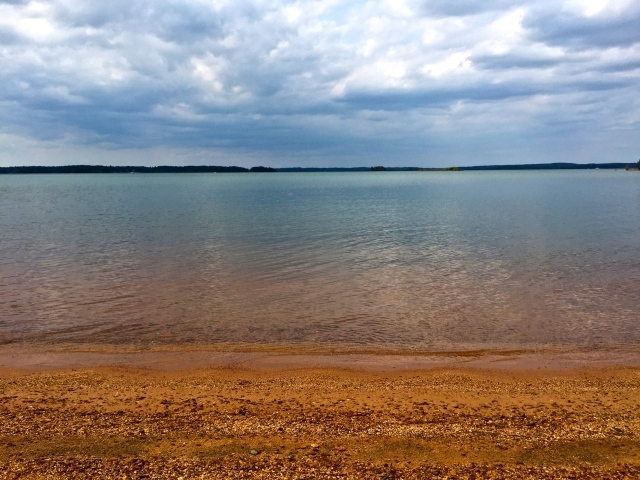 “There are moments when I find myself so seduced by the life of a place, carrying on in the way it must, that all I want is to abide there for a while.” 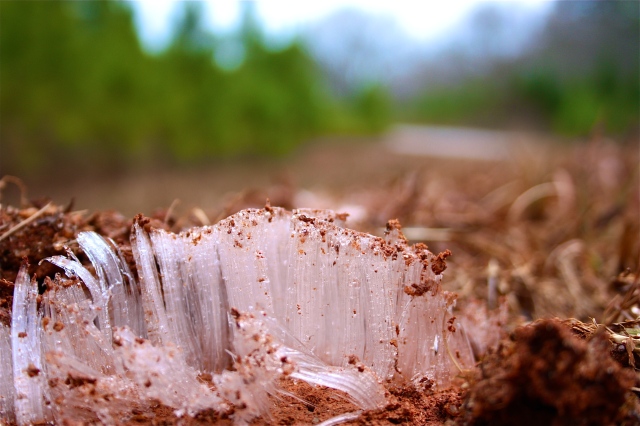 Needle ice occurs when the air temperature is below freezing, and the soil is above freezing. Water flows upward via capillary  motion as heat moves toward colder air above.

Chunks of soil, grass, and moss are lifted into the air. 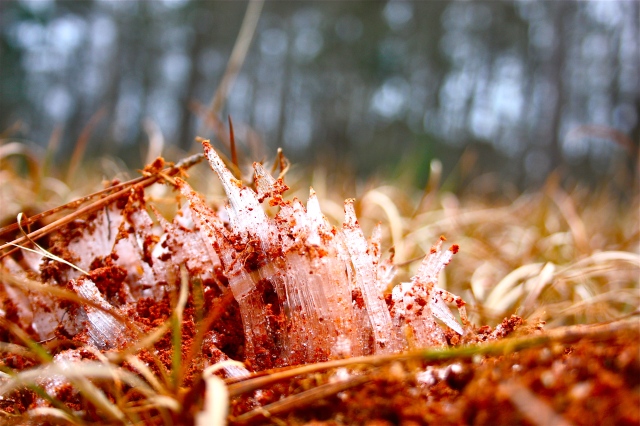 These crystals were discovered in Winterville (naturally) during a run through an overgrown subdivision that never made it through The Great Recession. Click here for more photos of the area, and enjoy Ray Charles’ persuasion… 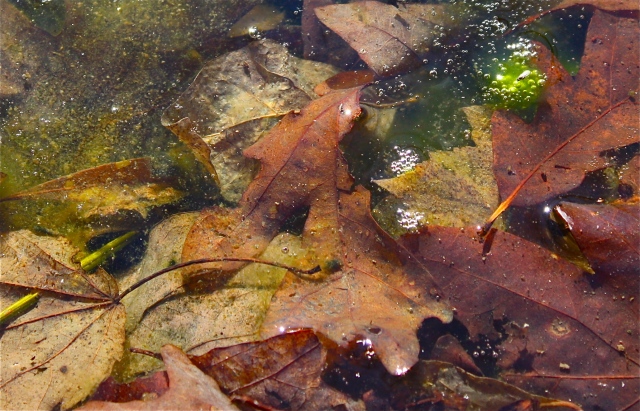 In 2008, a friend heard a rumor that students in the UGA ag school were dumping carcasses near the banks of the Middle Oconee River, somewhere within a 740 acre forest managed by the Warnell School of Forestry.  We spent a day hiking through the woods searching for skeletons, but found nothing suspicious, except for a deer stand.

About a year later, on a mid-winter railroad hike through the same forest, I found a twenty yard stretch of bones strewn along the tracks, including over forty skulls.  The larger ones were recognizable, with (female) antler stubs still attached to spinal columns and hanging mats of tan fur.  A colleague at school identified the smaller skulls as raccoon.  Each had a pencil width puncture just behind the eye, splitting the braincase.

A half mile from the slaughter, around a dozen deer are tagged and caged within a tall fence. 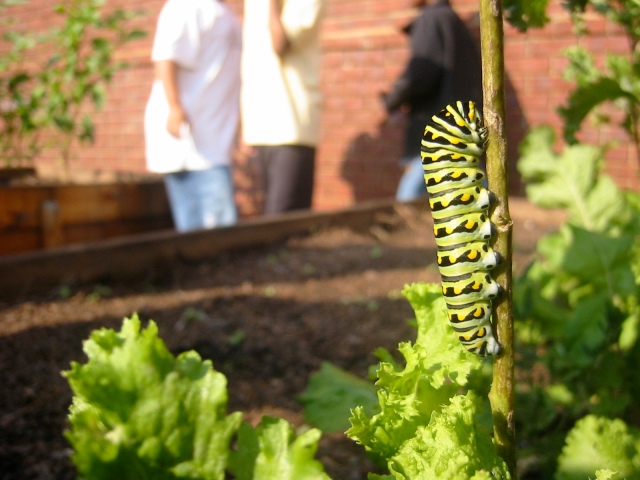