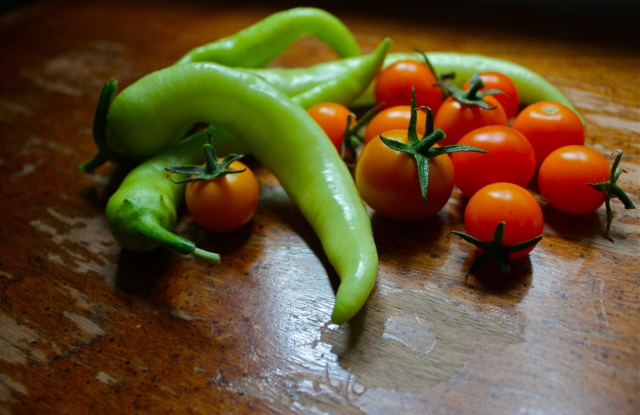 After a trip down to the coast, I biked to school this evening to check out our class vegetable bed.  Titian tomatoes split from rain, and the pepperocini weigh heavy on stalks.

From short, anxious runners wrangled from the edges of a 3×5 ft raised bed back in May, to scores of tenacious tendrils gripping a homemade bamboo trellis, one flower that took to paintbrush IVF turned out delicious. END_OF_DOCUMENT_TOKEN_TO_BE_REPLACED 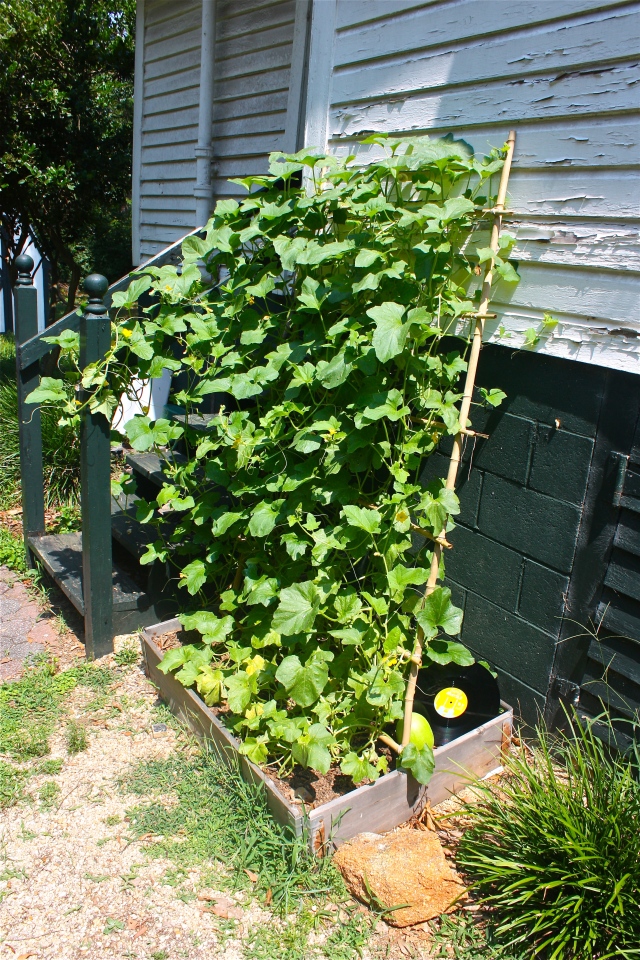 Back from a week surfing, the honeydew now commandeer back door steps and hand rails.   END_OF_DOCUMENT_TOKEN_TO_BE_REPLACED 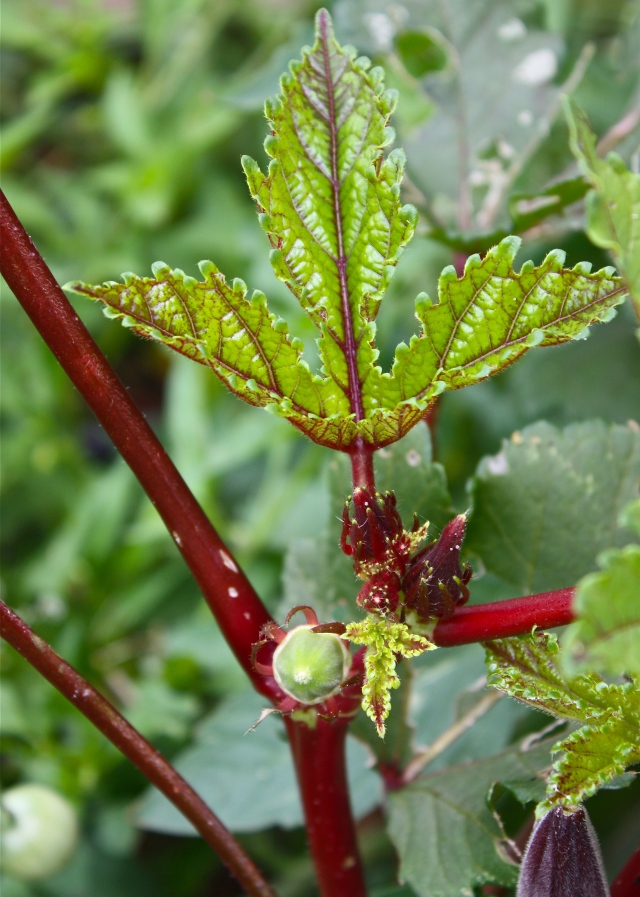 The okra is delicious, but after three inches it becomes woody and loses that unmistakable viscosity. END_OF_DOCUMENT_TOKEN_TO_BE_REPLACED 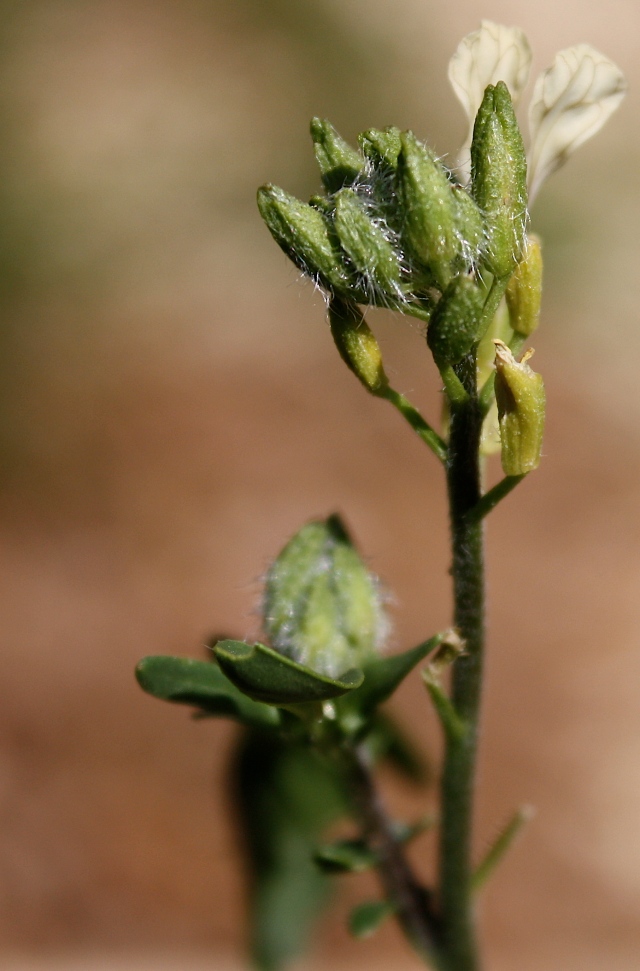 This year’s end of the year party was held in the art teacher’s garden.  During a tour I noticed that her arugula was flowering like mine.  She said it’s called “bolting” when greens begin forming flowerets.  After that, they produce significantly fewer leaves.  I’ll eat the flowers before seeding begins.

This afternoon, my neighbor caught me carrying a couple plants I’d sprouted from a pumpkin we carved in class last October.  The middle school math teacher-turned chef-turned college professor-turned retired gardener and world traveler, offered greens from his garden, then gave me a tour and advice for growing greens, fruit trees, tomatoes, herbs, and potatoes.

While watering the garden, a young praying mantis headed for higher ground along the edge of the raised bed against the side of the house.  A large spider took notice and peered down at a rival killer.

I turned for a moment to water the tomatoes, and when I looked back the mantis and spider were gone.

Click the link below for a vegan arugula recipe by Isa Chandra Moskowitz: